JPMorgan has a coronavirus case on the fifth floor 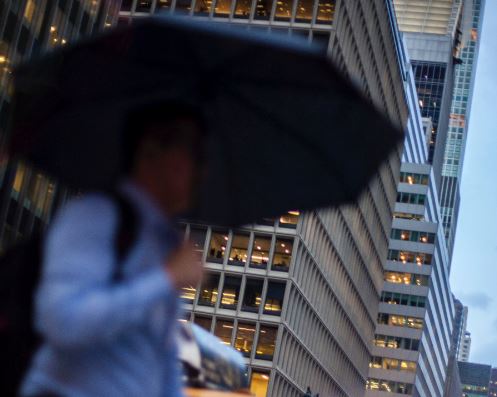 Coronavirus has broken out at JPMorgan in Manhattan. Given that there’s no vaccine, no herd immunity and continuing transmission in the population, this is unsurprising. It would be really unlikely that there would be exactly zero cases on Wall Street during the “back to the school” period.  It's unfortunate for JP though, given that they made such a public push on requiring senior bankers to come back in from September 21st.

Even before the bulk of JPM's managing directors and executive directors return on Monday, the outbreak means that the bank has had to send some of its people home again, after someone apparently tested positive in equities trading in the Madison Avenue building. It’s hardly the sort of kick-off to the return program that anyone would have wanted.

In principle, of course, it could be argued that this is proof that the testing system works, and that JPM has been acting quickly to quarantine potentially infected employees and prevent spread within the office.  The bank says that they’ve been “managing individual cases across the firm over the course of the last few months and following appropriate protocols when they occur”. But it might be difficult to make this sort of case to a frightened banker, let alone one in a high-risk category who’s been shielding themselves at home.  We’ll see next week whether this news will have affected the willingness of the JPM managing directors to lead from the front and come back in.

Of course, though, it’s not really “willingness” to return to the office that the banks need from their employees – it’s “enthusiasm”.  Jamie Dimon was worried that people were missing out on learning experiences, spontaneous interaction and morale-boosting comradeship. None of these are likely to be in great supply if the building is full of scared people who don’t want to be there, all sneaking round trying to avoid being breathed on and jumping out of their skins every time anyone coughs.  Normality is something that will eventually return as a result of events, not something that you can demand by a deadline.

All banks are likely to have to deal with this sort of problem over the coming months.  A single positive test on one floor, for an employee with a small number of direct contacts to be traced is close to the best case scenario.  It’s quite likely that at least one major bank will have to deal with an actual outbreak, and temporarily throw all of its return-to-office plans into reverse.  The banks that handle this period successfully will be the ones that are able to be most flexible; reacting to changing conditions and accepting that there will be setbacks to deal with.  This would imply that in many ways, the most important part of JPMorgan’s plan for getting its people back into the office might be its other plan for making working from home a permanent part of its strategy.  If anyone ought to understand the value of preserving optionality in risk management, it’s surely a Wall Street bank.

Photo by Anton on Unsplash